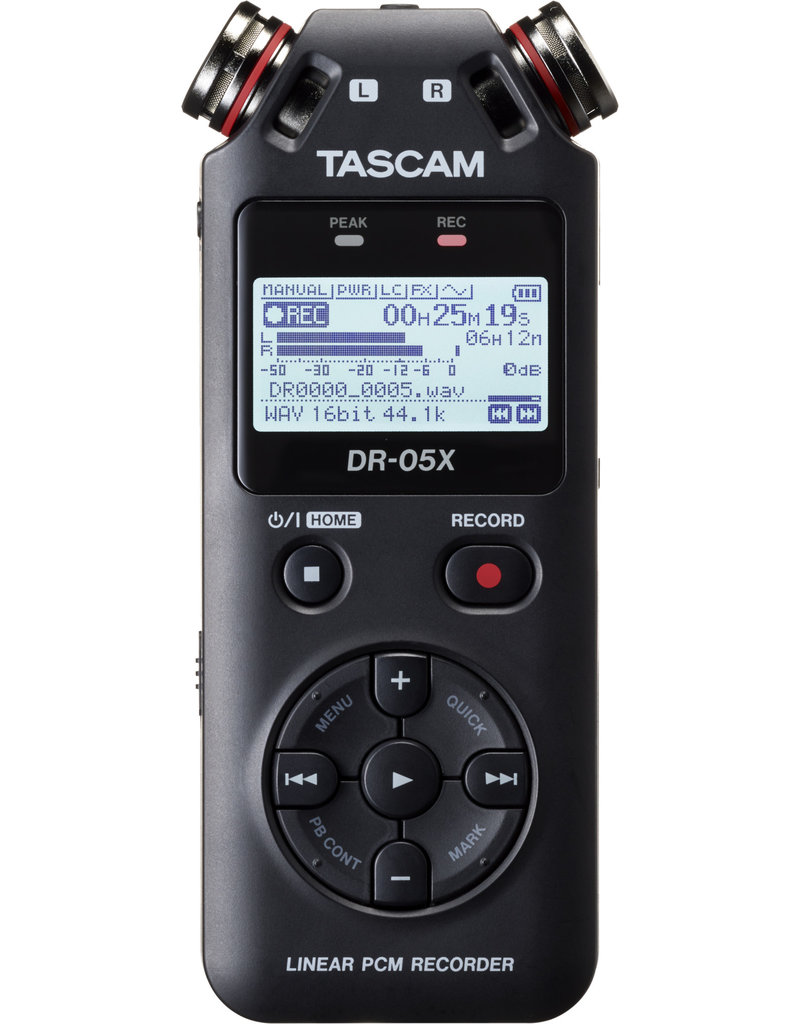 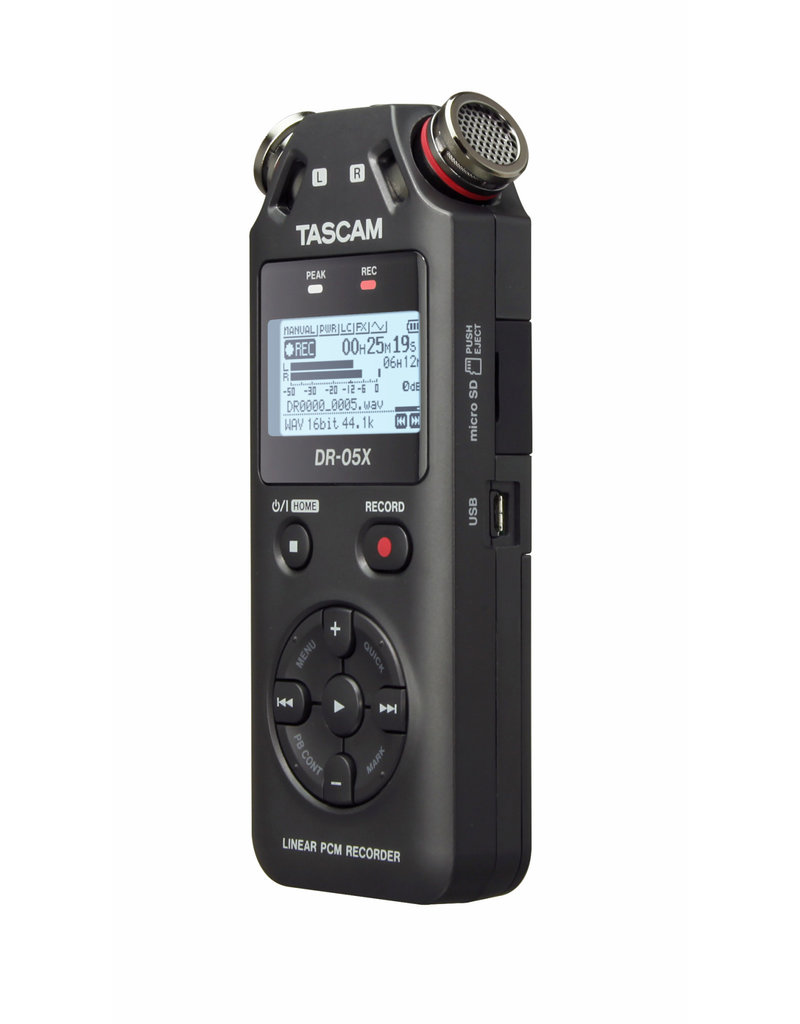 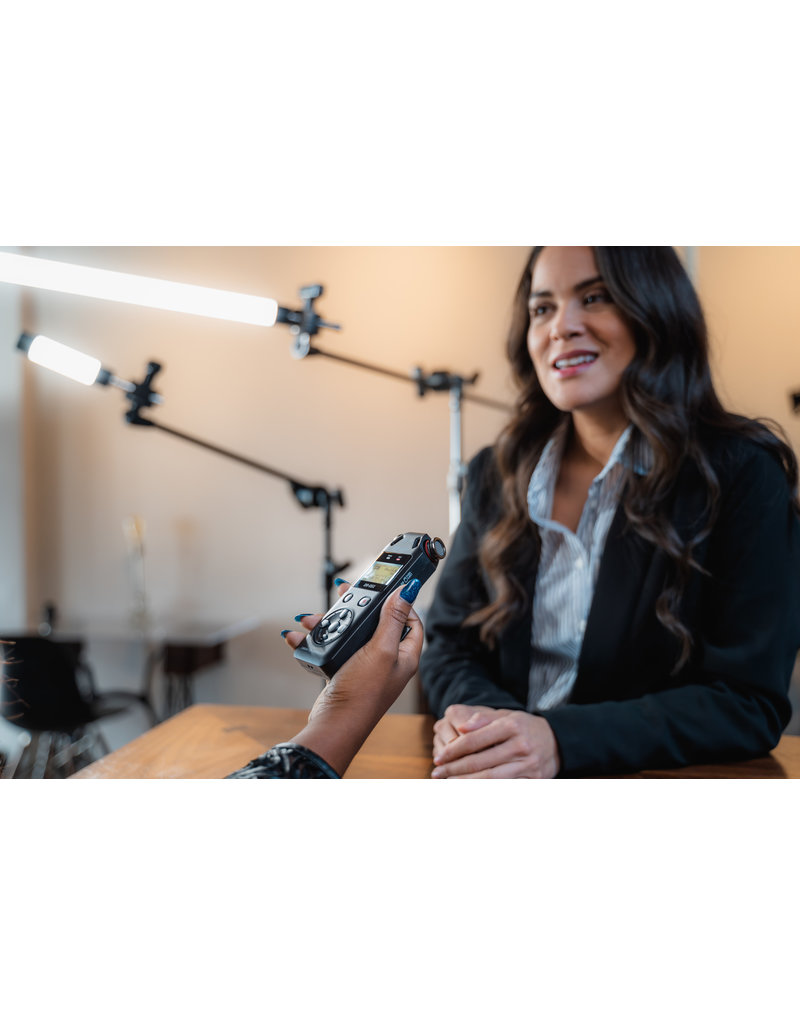 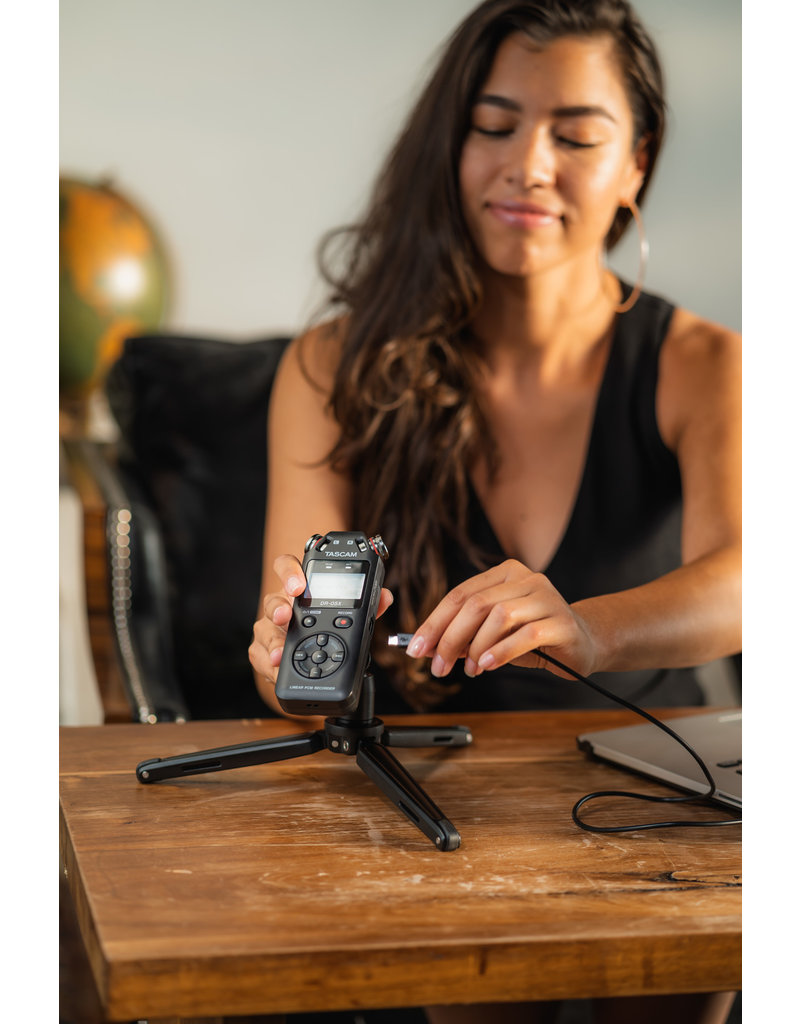 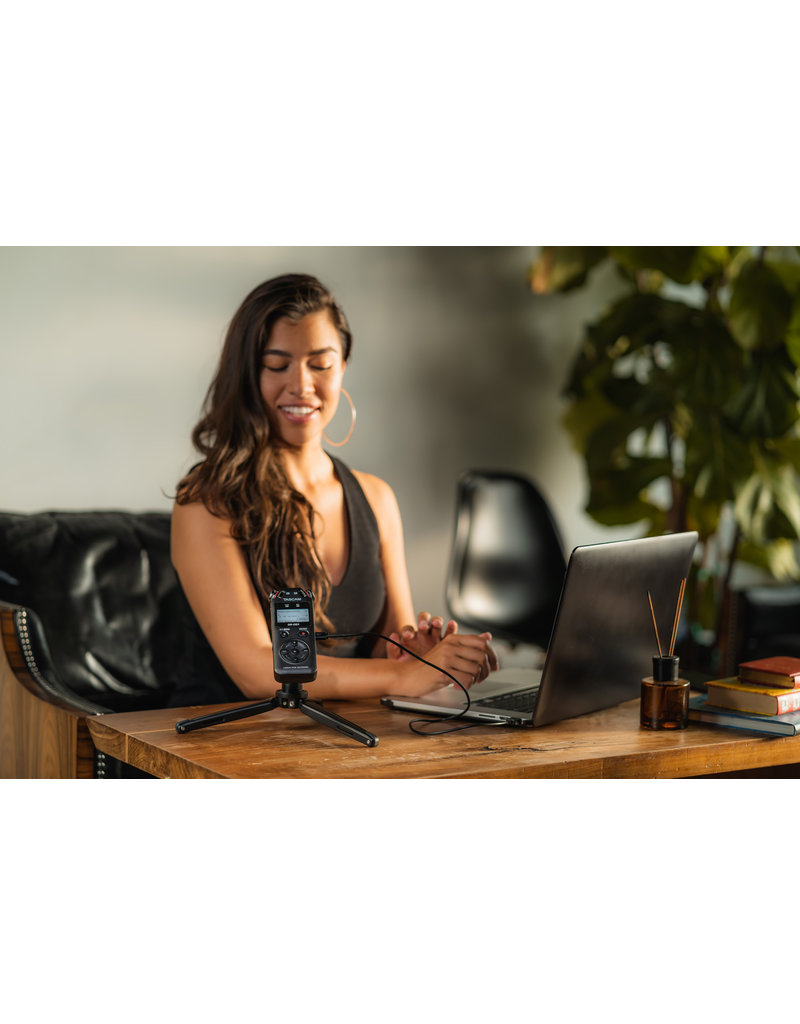 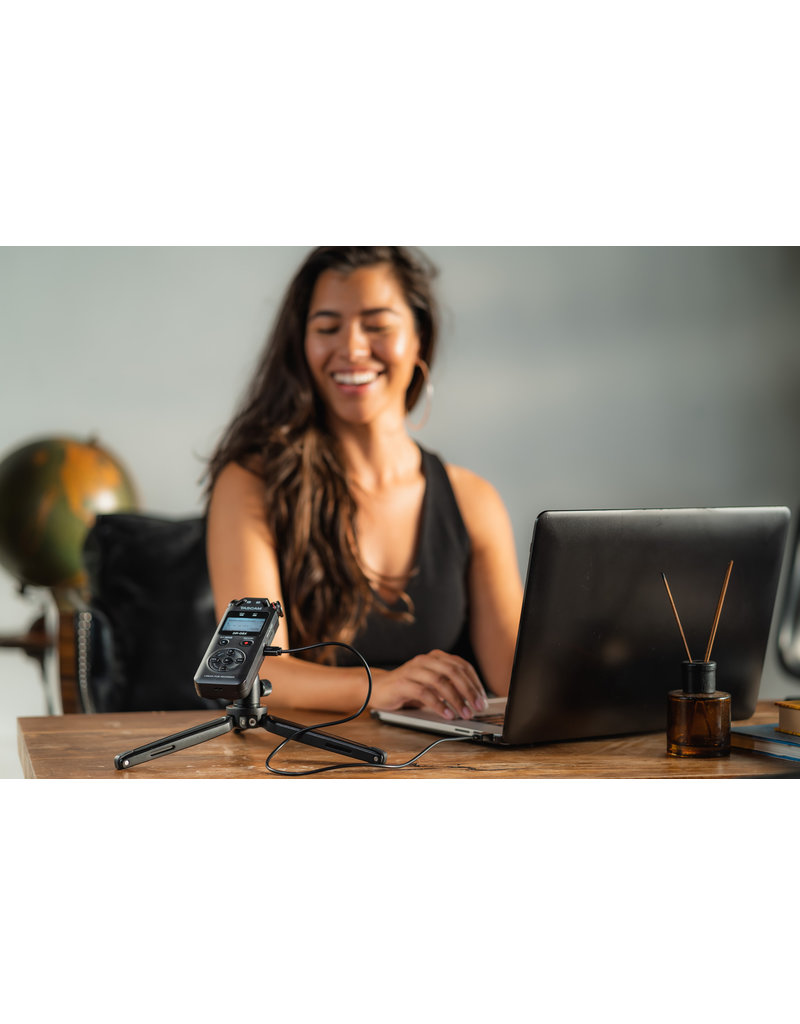 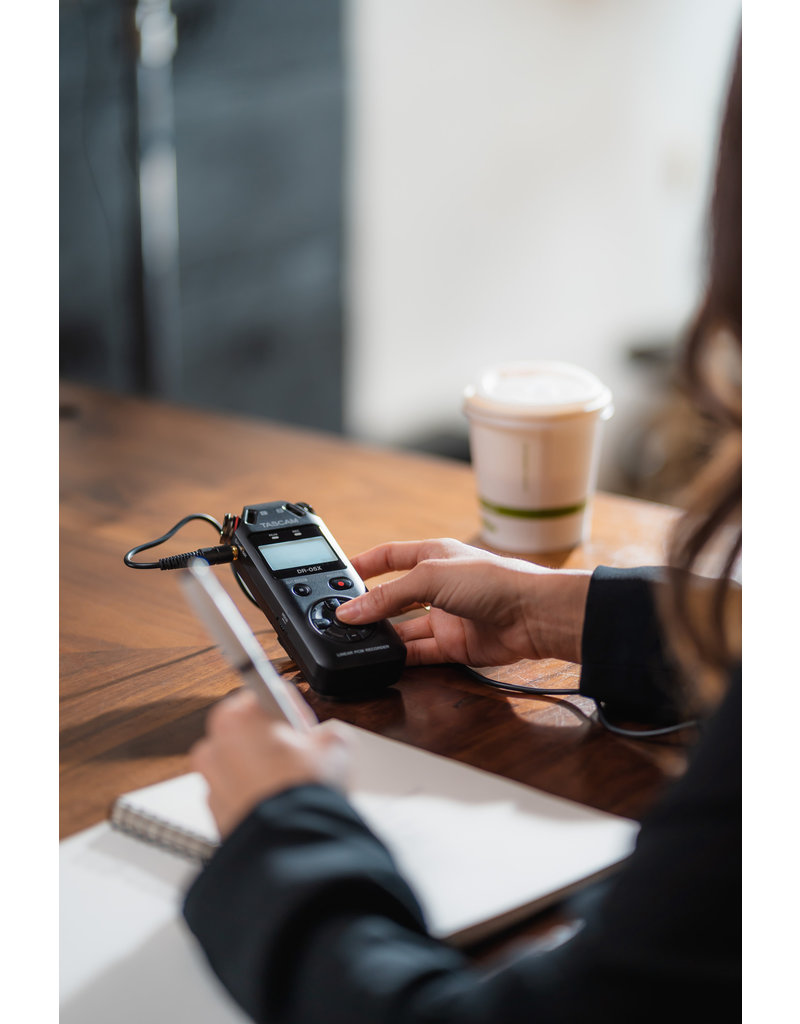 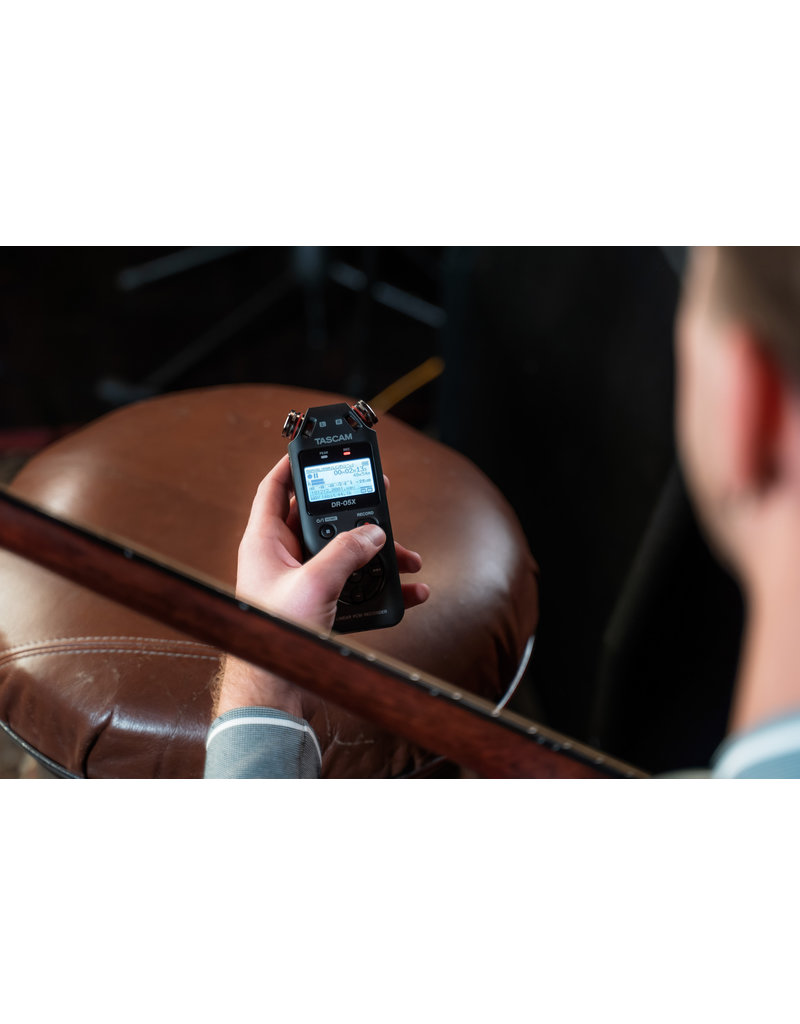 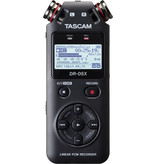 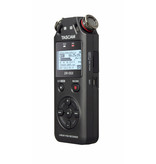 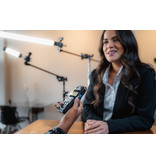 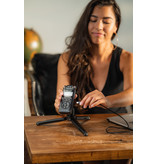 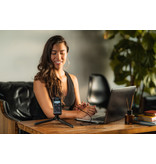 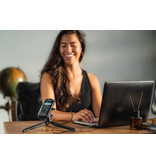 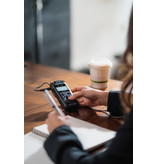 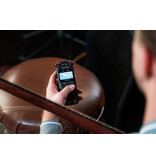 The TASCAM DR-05X set the standard for stereo handheld recorders with its powerful features, simple interface and excellent sound quality. It is the first choice for recording meetings, music, audio-for-video, dictation, and more.

Pro-quality audio at an unbelievable price

Record hundreds of hours of audio on a single SD card

The TASCAM DR-05X allows high-quality recording utilizing an easy-to-use interface and is portable, powerful, and a true value. Dual internal condenser microphones can handle anything from subtle to loud to 125dB SPL, with sensitivity to capture every detail.

The layout of the DR-05X has been revamped to be quick and easy to work with one thumb. Operations like recording, adjusting levels, deleting bad takes and adding markers are just a button press away.

Turning your room into a studio - in a minute.

Back up your transcription work: record and play with one unit

Writing down what you hear - easier said than done, but it is actually easy with DR-X. In addition to its capability to capture crisp voice recording, DR-X can help you with its Jump back function, variable Speed function and equalizer preset for human voice.

Auto recording function can detect the sound input signal level and automatically start recording. Also, Pre-recording function with up to 2 seconds pre-record provides fail-safe protection even when you are a bit late to hit the record button.

Still safe if it is louder than you thought.

Peak Reduction works in rehearsal mode or in record. Even if the sound or performance is louder than the sound check you’re safe. Combined with Auto level and Limiter for preventing distortion, you never have to worry.

No need to go through “take 2” all over again

If you don’t like the last part of a phrase you just recorded with your guitar, or if you change your mind and want to rephrase narration, the “Overwrite mode” is exactly what you need. Overwrite mode allows punch-in recording from a desired point. It is destructive editing with one level of undo.

The overdubbing function allows for Overdub Recording while playing a previously recorded file. This allows you to record other parts such as a guitar solo over a recording previously made such as at a rehearsal studio. Overdubbing creates a new file, leaving the original file unaffected, making it easy to re-record.

192 Hours. This is how long you can record CD-quality sound with one single microSDXC card.

Features at a glance 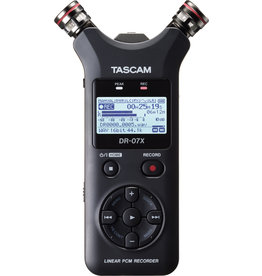 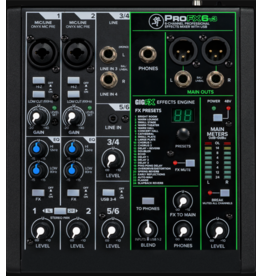 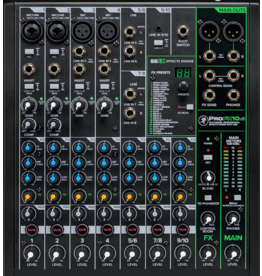 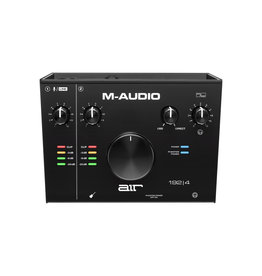 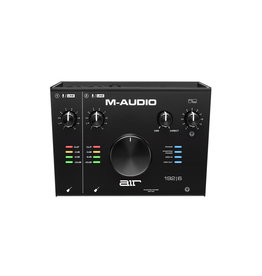 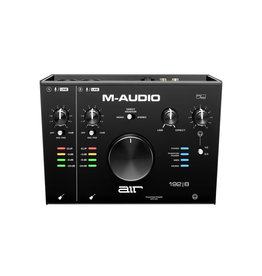